Acafri is the land where those who abandoned Yeshua during his spiritual battle against Satan settled. Initially, Acafri was populated with many settlements. It was home to many unsavory tribes, thus being a dangerous place to reside. This unrighteous nature attracted Satan after he achieved his vampire transformation, and he ravaged the settlements, killing as many people has he could to drink thier blood and increase his power. This created an overwhelming essence of death which polluted the land and infested the nearest body of water: the River of Death. Acafri was never able to recover fully, becoming a land of nomads and sparse settlements with a few large villages. One of those large villages was Reatri, located on the shore far away from the other Acafrian settlements. It was established by those deserters of Yeshua who repented for their lack of faith and rejected the unrighteous ways of their peers. This brought the grace of God’s forgiveness upon them and allowed Reatri to develop into one of the holy empires. It was in Reatri where Archangel Akatriel was born.

Akatriel’s parents died when he was a child, and little is known about is early years. He spent most of his formative years living with numerous family members. The year he came of age to enter the Reatrian army, he did so. Akatriel dedicated himself to his service and perfecting his combat skills, growing into a great soldier. This led to his appointment as a guard at Omd Port, which was the outpost located off the River of Death miles away from Reatri. One night while on patrol with his best friend and fellow soldiers, they encountered Priti whilst in cocoon form during her transformation from a vampire into a demon ogre. After a long, grueling battle which saw Akatriel lose his best friend and more than a dozen fellow Reatrian soldiers, Akatriel battled Priti in her young demon ogre form. They inflicted great damage upon one another, leaving both nearly deceased. However, Akatriel emerge victorious, mortally wounding Priti. Before he could finish her though, she escaped into the depths of the River of Death. Realizing she would emerge revitalized and healed, Akatriel mounted a horse and fled. During his ride back to Reatri, he began succombing to death before an angel descended from Heaven to save his life and safely deliver him home.

Upon his arrival at Reatri, Akatriel was immediately tended to. All of his wounds were healed, and when he was fully rested, he summoned by the elders of the empire. It was there he warned the elders of Priti and the danger she presented to the safety of Reatri. He was also informed of a prophecy which stated he was destined to be a great warrior in the Holy Army, and was appointed ot the position of Guardian Angel due to the spiritual fortitude he displayed in battling such a great evil and the fact that he was delivered back to them by an angel. After learning long held secrets of the River of Death and the evil they faced from a foreign councilmember, Akatriel finished some last minute duties at Reatri before leaving to The Holy Land to being his duties as a Guardian Angel.

Akatriel also has astral-spectral vision, which allows him to see the invisible spiritual realm while in the natural world. This is only for a moment at a time though, as opposed to Nephilim and Priti who can permanently set their vision to the mode of sight they choose.

Furthermore, Akatriel can achieve a temporary boost in spiritual energy and phsyical abilities through the act of prayer, as he is able to do with his other spiritual capabilities.

Akatriel has mastered the use of numerous weapons. His main choice is a long sword of incredible craftsmanship blessed with holy spiritual energy. He also has a large dagger, throwing knives, and occassionally will carry a bow with arrows as well. All of his weapons have been blessed with water infused with holy spiritual energy (holy water) to make them more deadly to evil creatures.

While at The Holy Land, Akatriel quickly rose through the ranks after achieving great success on his missions, increasing his physical and spiritual abilities in unprecedented fashion, and displaying phenomenal strategic and tactical acumen in leading some of the Holy Army forces against the growing evil of Priti and her demon ogre legion, as well as tyrannical human groups, Akatriel was appointed to the position of Archangel – the highest position in the Holy Army, and one of the highest appointments in the entire Holy Society. His legend grew vast and far, making him a legend of mythical proportions. However, despite his great successes, his life-long nemesis Priti continued to have expand her empire and increase her numbers by the droves. Realizing evil was infecting Saia beyond the Holy Society’s ability to stop it, Akatriel began using his status and political influence to unite the armies of all the holy empires to fight against Priti and her forces. Nevertheless, victory was only possible with the help of the Nephilim clans. Thus, Archangel Akatriel set out to join forces with the supernatural warriors of Saoka to save the world from Priti and the Demon Ogre Empire.

Archangel Akatriel is driven by his faith, service to God, Reatri, the Holy Army, the Holy Society and all of the righteous in Saia. The deadly rivalry forged with Priti from the early years of his life continues to burn inside his spirit, as the only way for the world to ever be rid of evil is to eliminate Priti. Akatriel will never cease his efforts of leading the fight against the wicked that plagues the world, and his journey is integral to the timeless war of the righteous versus evil. 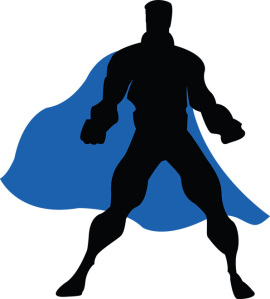 Leader of the Holy Army