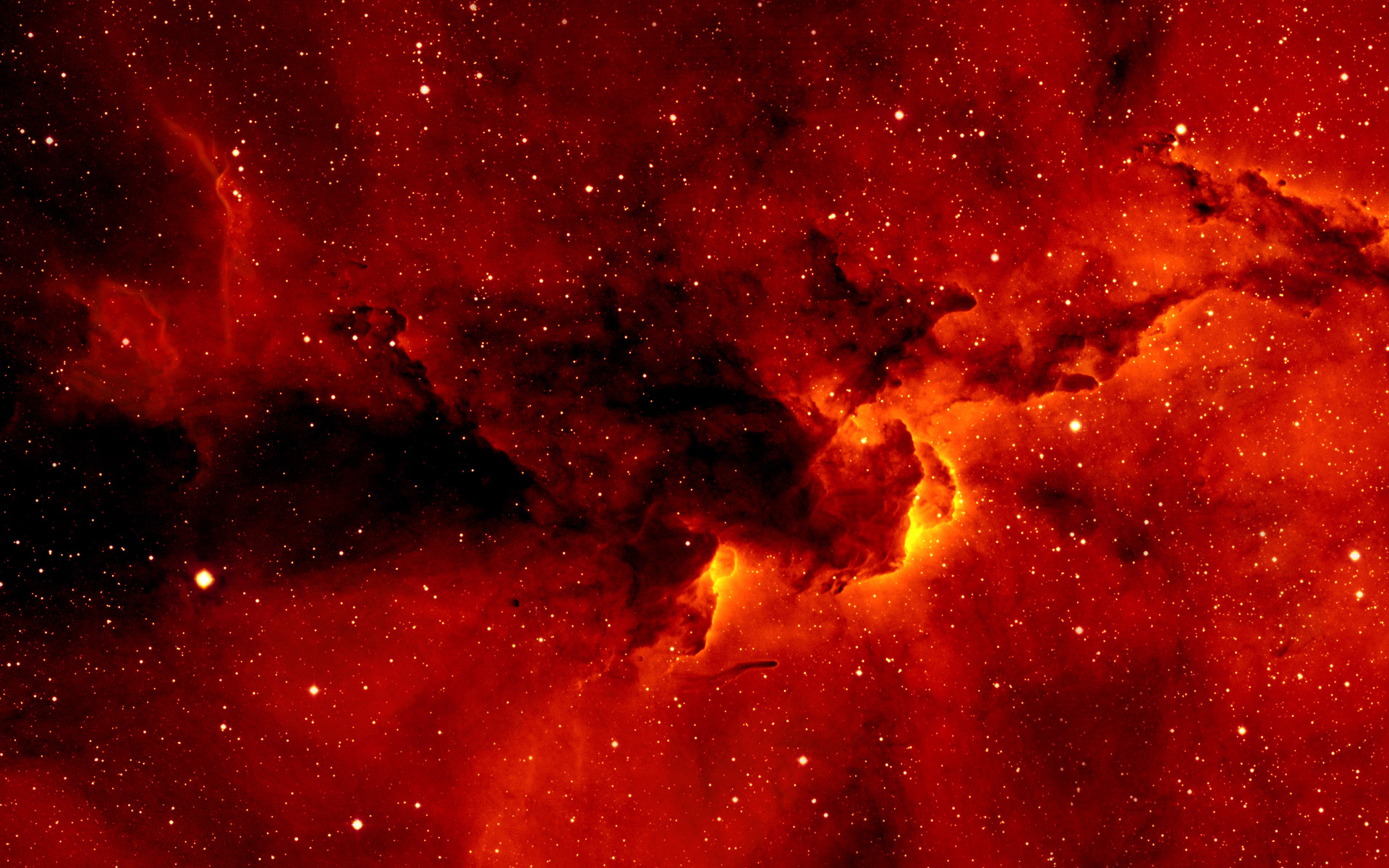 This reality encompases the vast majority of the Creative Extreme universe and story. It refers to Earth as we it know and outer space as we imagine it to be with countless stars, numerous planets and a multitude of humanoid and alien lifeforms and civilizations. Core Reality also includes most of the invisible world such as ghosts, spirits, phantoms and many popular depictions and theories on heaven, hell and the afterlife.

Core reality will also account for most of the time travel stories and characters of the Creative Extreme. And the tales we tell run the gammut from ancient pasts to distant futures. If the story is a little vague about the time period, assume that it refers to today (as in this day you’re reading that particulary story). The ages of characters and the exact years they were “born” is fluid. You’ll have a general idea of when they were born (i.e. Ancient Greece, late 1990s Bronx, 31st Century Saturn, etc.). It’s possible that you may have to do a little math in your head to figure out how characters in some stories relate to characters in other stories and sometimes that math just won’t make sense at first. But, just like all mythologies will hammer it into something that will blow your little minds… eventually. #corereality

The Infinity Force was formed during the 374th year of the existence of a world that would come to be known as Super Earth One, a planet that was discovered by a team of 180 sicentists and explorers attempting to travel back in time. They successfully traveled through time, but they ended up in a place far different from what they expected. They found themselves on a replica of Earth, but in a different dimension. Unable to reproduce the effect and conditions that brought them there, they soon realized they were trapped. So they set up civilzations and cities on the planet’s two massive continents and in time the population flourished with both human beings and meta-beings (i.e. people with powers). The Infinity Force was formed and comprised of a group of heroes who would serve as a law-enforcement unit against humans and metas who chose to be villains and do villainous things. The heroic Captain Infinity was the most powerful meta on the planet and would rise to become the leader of the Infinity Force. With him at the helm, life was good on this new world.

However, through a series of misunderstandings, human beings and meta beings declared war on one another and in a wicked turn of events, most superheroes joined forces with the super villains. Captain Infinity attempted to facilitate peace between the two sides, but neither would listen to reason. For all intents and purposes, he was actually powerful enough to stop the war from happening with a snap of his fingers. But he feared the consequences of that act would cast him in the light of a tyrant. So instead he decided to abstain completely. He exhiled himself to the center of the planet, near its core and was content to stay there for the rest of his life.

The Meta-Human War, as it came to be known, commenced. And approximately 6 hours later, it ended. The meta beings won easily and the human race on that world was no more. Only people with powers remained. They rechristened the planet, “Super Earth One” and for a little while, this new super civilization thrived. But then came the rise of CodeName Zero, who took control of the world and attempted to rule as a dictator. He was a terrible, evil ruler who enslaved anyone who did not voluntarily bow to him. It was a dark time for Super Earth One, that is, until, the return of Captain Infinity.

Captain Infinity brought light back to the world. He reestablished the Infinity Force and waged war against CodeName Zero and his Army of Shadows. The battles lasted nearly a year, but CodeName Zero was finally destroyed and the villains that served him were scattered across the Super Earth One.

Captain Infinity, however, had learned something quite interesting during his exhile: that Super Earth One would one day come to end. It was a prophecy given to him in a vision as he dwelled near the world’s smoldering core. There was nothing that could be done about it – it was inevitable. He presented this to the population of metas who now looked to him to set the world back on a path toward civility and greatness. The news was disheartening to say the least. But there was another part to the prophecy: that those metas who joined the Infinity Force and chose to follow the Light would be spared from the doomed fate of Super Earth One and and find second lives in a different world.

While many metas immediately joined the Infinity Force, many others were unwilling to believe any part of the propehcy. They suspected that Captain Infinity was attempting to exert control over the population by filling them with the fear of annihilation. A young, but extremely powerful meta, who would come to be known as Madam Zero, spoke out the loudest against Captain Infinity. She believed that Super Earth One could be saved, and that its Salvation would begin wtih the destruction of the Infinity Force. And so she reformed the Army of Shadows and a new series of battles commenced.

Now, Captain Infinity and Madam Zero spend their time fighting each other and recruiting the metas of Super Earth One to their respective sides in preparation for the War for Eternity that will serve as the final battle before the fate of their world comes to past.

THE WORLD OF TRUTH

The World of Truth refers to a time in the Core Reality that preceeded our current timeline. Beings known as Nephilim populated the world alongside humans and other creatures. It is important to know who the Nephilim are and how they came to be if you want truly understand the World of Truth. The Nephilim are humanoid beings with dual spirits – one which is of a righteous nature and one of an evil nature. It was an epic encouter between Satan and Yeshua that sparked the chain of events that would lead to the creation of the Nephilim.

In this timeline, Satan became a mortal man in a desperate attempt to take over the world, but was defeated by Yeshua in a penultimate spiritual confrontation. Crushed by defeat, Satan managed to cling to life as he searched for a way to prolong it. He was taken in by a young maiden named Priti and, not knowing who he really was, she selflessly cared for him. Then one night he attacked her and drank her blood. In the process he discovered he could use his spiritual powers to absorb the spiritual essence of his victims, which in turn revived and healed him completely. Furthermore he had found a way to achieve eternal life. Thus, the first vampire was born.

Satan traveled the world killing innocent people and drinking their blood, maintaining his immortality and gaining unimagineable strength and physical abilities. He recruited two followers and gave them a spiritual birth – a process by which he drank their blood and dominated their spirits with his own, turning them into vampires like himself. Together, they enslaved hundreds of humans and settled in what eventually became Saoka. While there, Satan fell in love with Koyuki, a woman that is a direct descendant of The Holy Land. He attempted to give her a vampire spiritual birth as well, but the immense righteous nature residing inside her prevented Satan’s spirit from taking complete control. Koyuki’s spirit became balanced with both righteousness and evil. This is how the the first Nephilim came to be.

As evil began to spread throughout the world, it was the Nephilim that stepped up as the greatest defenders of righteousness. It would come to light that the young maiden Priti not only survived Satan’s attack but, through a combination of circumstances, gained immsense spiritual powers. She was transformed into the Demon Queen and began to build and army of demon ogres. She would become the most dangerous agent of evil in existence. With Satan still lurking and Priti’s power constantly growing, it was time for a chosen warrior to lead the charge against the darkness.

Sochi is that warrior. As the greatest and most powerful of all the Nephilim it was now up to Sochi and his White Nephilim Clan to eventually confront Priti and destroy her before evil and darkness engulf the world.